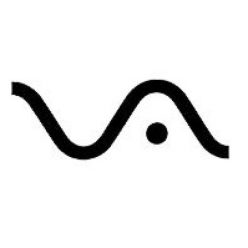 I have studied physics and philosophy first in Italy, my home country, and then in the United States. I have worked in the foundations of quantum mechanics, with the aim of understanding how we can use our best physical theory to answer general metaphysical questions about the nature of reality.

I am Professor in the Philosophy Department at Northern Illinois University. I am interested in metaphysics, philosophy of science, especially philosophy of physics.

For an informal introduction to my work, you can read the following interview by Richard Marshall for 3:16 AM.

I held the Carl and Lily Pforzheimer Foundation Fellowship at the National Humanities Center for the academic year 2017-18.

I am a Member of the FQXi- Foundational Questions Institute

In my physics doctoral dissertation (Genova, 2001), I discussed the classical limit of quantum mechanics, to analyze the connections between quantum and classical theories. What does it mean that a theory, in a certain approximation, reduce to another? Is the classical explanation of macroscopic phenomena essentially different from the one provided by quantum mechanics?

In my philosophy doctoral dissertation (Rutgers, 2007), I turned to more general questions that involve the structure of fundamental physical theories, the metaphysical status and the epistemological role of the theoretical entities used in these theories. Do all fundamental physical theories have the very same structure, contrarily to what one might think? If so, what is this telling us about the nature of explanation?

I have worked on an approach to fundamental physical theories dubbed the primitive ontology approach according to which all fundamental physical theories have  a similar structure in mapping the theory mathematical formalism to the objects in the world. The idea is that, very simply, matter is made of three-dimensional things, such as particles, fields or strings. This may not seem much of a discovery when looking a classical theories, but it becomes revolutionary in the quantum domain, where (when interpreted in a realist fashion) it seems more natural to think of matter in terms of the wave function, which is not a three-dimensional object. Please see my research page for my papers on this approach.